I Have a New Profile Picture!

The old one was one of my favourites. It was taken at the Royal Ontario Museum on New Year's Eve 2012, by one of my best friends. It survives on my Smashwords page.* However, I was 25 when it was taken, and I'm 29 now. People occasionally see that picture, then they meet me and are surprised at how old I am.

The new picture is again of me in downtown Toronto. I have a way of ending up in that place. This time, it's at the harbour, just west of Yonge Street. I found a round lookout-style area in the middle of a spiral staircase so I thought I'd make it home for a few minutes. Here's a stable shot: 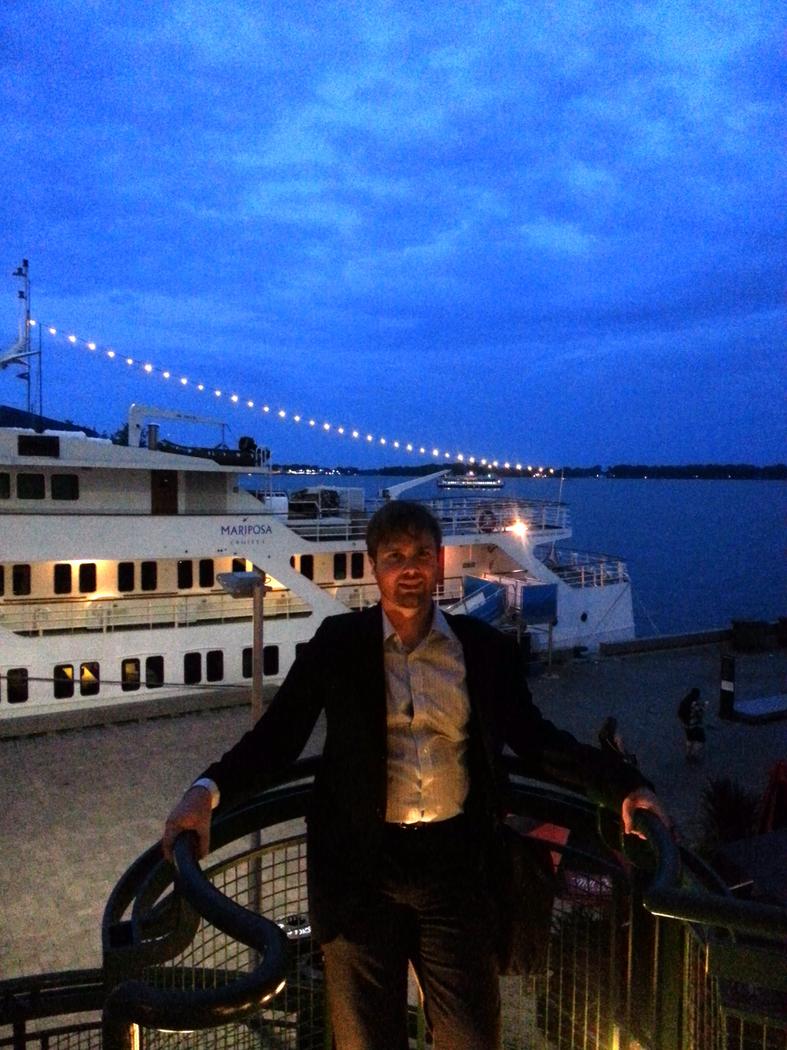 It comes from my about.me page.

*The shirt I'm wearing in that picture is from English Laundry, which worked extensively with Stone Temple Pilots singer Scott Weiland on shirt design. I assure you the tributes last December were fitting. RIP.
Posted by Matthew Gordon at 6:40 AM