I've been watching a lot of Venom lately.

Cineplex, Google Play and other digital movie rental platforms have the same rule: when you pay for a movie, you have 30 days to watch it. When you press "PLAY" (with an accompanying "GO BACK" option reminding you how serious watching the movie is), you have 48 hours to watch the movie. In the olden days of movie rentals being normal, one would simply rent a movie, watch it, and then return it. In the Netflix era, in which everyone assumes we can watch as many movies as we want whenever we want, a rented movie suddenly becomes a precious commodity.

I'm a Tom Hardy fan. Venom is my favourite Marvel character. You can see where this is going.

Unfortunately, I missed Venom in theatres back in October. I'd wanted to watch it ever since I saw the trailer, though, and it's unlikely to ever be on Netflix at this point. I rented it, the first time I've rented a movie digitally. Renting movies was always a VHS from Blockbuster experience, so this was new. It was more expensive than the free Netflix experience, and less going-on-a-night-out-like than going to the theatre. It felt strange, but it's Venom, so I did it.

This is the first time I've ever felt incentivized to watch a movie as many times as possible in a row. I usually watch a movie only once, even my favourites.

After watching Venom thrice (it's all I could manage), I noticed: 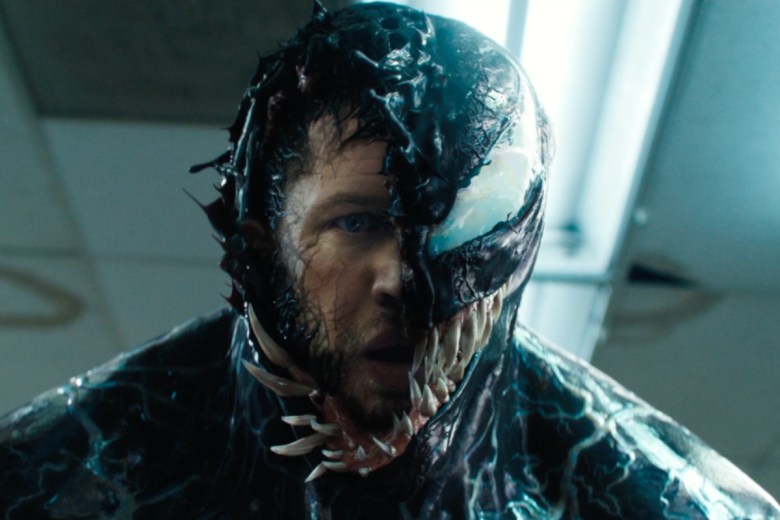 Only when you miss a movie in theatres, and then are prevented for watching it on a subscription service due to a contract dispute, does a movie rental happen in 2019. Now, instead of renting and watching a movie, it's a bizarre contest to see how many times you can watch the same action movie in a 48-hour span.

My rental expires in half an hour. I'm almost finished my third watching. Suffice to say, I know my Venom.

There'll be more.
Posted by Matthew Gordon at 9:00 AM