Our intrepid protagonist is Barnabas Bopwright, a 15-year old high school freshman who lives in a city vaguely like Toronto or New York City, set 20 minutes into the future, with a nerdy personality and a thirst for good journalism. There's a secret subway in his city, cleverly dubbed the "Aqua Line" (i.e. aquiline), which he takes to a mysterious lower city, the Valley. In the Valley, Barnabas joins a circus in order to pass himself off as a local, meets secondary characters like circus owner Dmitri Tragidenko and his sullen but creative son Wickram, and learns of a sinister plot to destroy a City... that Barnabas can no longer reach. Yes, this is a lot of fun.

One of my favourite parts of Teetering is the Drop Shop. Purveyor George Glower sells items from the City in the Valley that Valley-ites can't acquire otherwise. Wickram's reactions to these items (examples at 157-159) are some of the book's most fun and touching moments. Wickram's experiences call to mind the times when unearthing difficult-to-find comic books was a thing. Barnabas's confusion upon seeing all sorts of vaunted products he considers completely normal reminds me of the awe my American friends show toward all dressed chips.

The path from the Valley to the City is one of the book's more exciting parts. Once the City and Valley authorities figure out the subway's security flaws, Barnabas's trip home adds suspense. That he's stranded so close to home, but has no way to get back other than by enduring a Pan's Labyrinth-style cave maze full of meanies, combines classic adventure plot with an all-too-realistic missing child scenario.

Teetering's main issue is its sheer length. At approximately 183,000 words, Teetering is longer than all but two Harry Potter books, almost twice as long as The Hobbit, and almost as long as any two Hunger Games books combined. In the young adult market, which commonly pumps out books in the 60,000-70,000-word range, Freeman has effectively released a trilogy as one book. This may be less of an issue in the ebook era, but could present problems for secondary print publication rights unless Freeman can find places where the story can be split up.

Characters also give away information way too freely. This is the only area in which my normally suspended disbelief can't be suspended anymore. Characters give away everything from the existence of secret subways (20), to not using security checks at the entrances to those secret subways (51), to revealing classified information in a questionable government hearing process (257), to the existence of top-secret security software (326), culminating in a James Bond-esque villain tell-all (377), often to complete strangers. A certain character's apartment location is a deus ex machina, which proves that truly anything can salvage a seemingly terminated plot.

Things "seem" too often. A quick CTRL+F search of the ebook reveals 228 instances of the word "seem", including 190 instances of the word "seemed". In dialogue, or when trying to create an ethereal atmosphere, this can be an effective word. However, in phrases like "the sound seemed to echo on" (41), how is this structure any more effective than "the sound echoed"? People don't seem to walk. They walk.

All this said, I like a lot of the characters, especially Wickram, who appears minor at first but then evolves into everything but the protagonist. The City/Valley dynamic has plenty of creative space Freeman can mine if he wants to release a sequel. The book's WWI-era interludes provide interesting backdrop to the City, showing how it evolved from an old-style industrial town into a place somewhat like our own.

Once you read this book, you'll get this reference... raspberry soda. 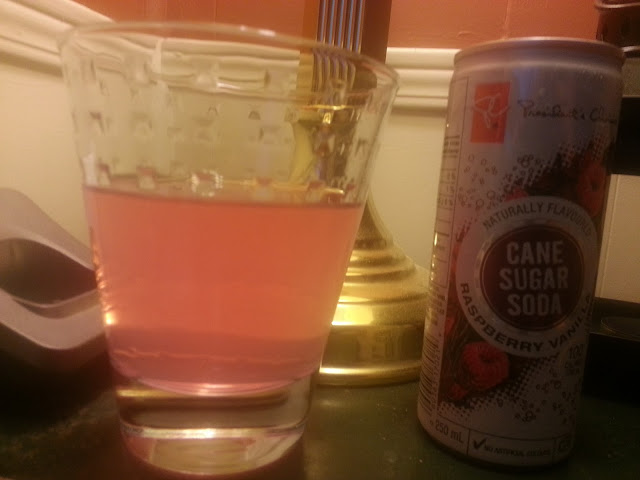