Back in March of this year, Roman Mars gave an enlightening TED talk on municipal flag design. Many cities have flags. Some are better than others. The flag design principles he discusses are basic, to the point I knew them, but many American cities apparently don't understand. The talk is also highly entertaining, especially where the poorer flags are concerned.

The five vexillological* principles Mars mentions in his talk are as follows:
These are uncontroversial.

Examples Mars uses of good municipal flags, distinctive yet simple, are Chicago and Amsterdam. These stand out as emblems of civic pride, such as the University of Chicago's admissions page having a section on the city's flag, and Amsterdam's appearing in embroidery. Not so good ones include San Francisco and Milwaukee. Searches for these flags lead to petitions for them to be changed, and when looking at them in light of the above five rules, it's easy to see why.

I won't go any more in-depth on these flags considering Mars spends 18 minutes doing just that in the first link above. Instead, I decided to look up the flags of the three Canadian cities where I've lived.

Kitchener-Waterloo (no flag for Waterloo from what I can see) 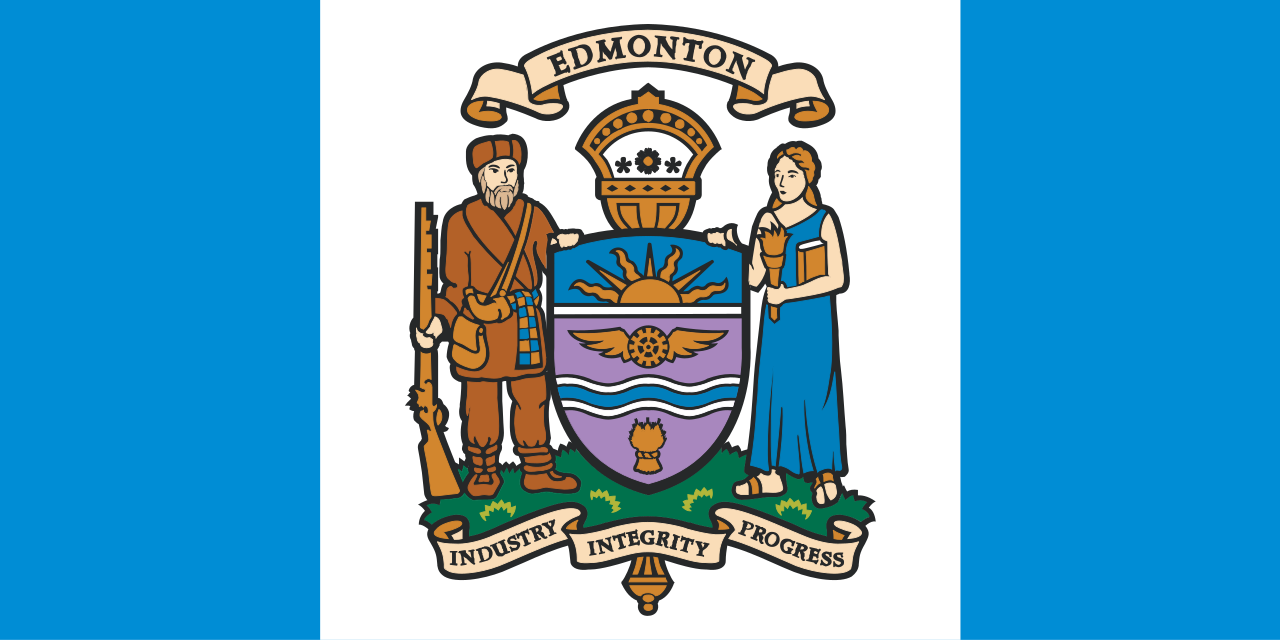 Clearly, one of these flags conforms to the above principles, whereas two do not.


All told, this is a pretty solid flag.


I'm not sure what I'd do with this one. The green and gold on white look good. The rest could use an overhaul.


Edmonton most likely needs a new flag. The situation isn't as dire as San Francisco or Milwaukee, but there's enough artistic talent in Edmonton to make it doable.

Unexpectedly, Sierra Leone's flag could provide a model. Edmonton's flag already uses green, white and blue. The green (agriculture and natural resources) speak to Edmonton quite well, considering the nearby prairies and first Albertan oil derrick. The white (unity and justice) are fitting in that Edmonton is the home of Alberta's legislature. The blue (water) is evident in the city's river valley. What this shows is that although the designs on Edmonton's flag are far too ornate, the flag contains some good colours.

This sort of back-of-the-napkin analysis could probably be done with any city's flag. It's probably the quickest way to think about civic duty I've ever encountered.

*Google Chrome considers this word a spelling mistake yet I spelled it correctly on the first try. Who's smart now, highly paid Google programmers?
Posted by Matthew Gordon at 12:00 PM